Get to the truth about dieting and weight loss 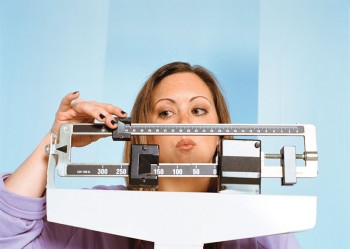 Weight loss is a popular resolution come the new year. But in spite of that popularity, the resolution to lose weight is no small task. When resolving to lose weight, men and women will encounter an abundance of information about dieting and weight loss. It's difficult to know who to believe and to determine which plans will be effective.

Research published by Shape magazine says nearly one in three young people embark on a new diet each month, but 45 percent give up after one week, and about half abandon their goals within a month. Data released in the Daily Mail in 2013 said that although one in seven (13 percent) women in the United Kingdom stick to a diet for 13 weeks or more, nearly one in five (19 percent) succumb to their favorite food cravings after a month.

What's the magic formula for weight loss? Experts advise that there isn't any. Weight-loss strategies that require fad dieting or restrict certain foods may not produce long-term success. Rather, a lifestyle overhaul is often the most effective weight loss strategy.

• Recognize that quick fixes do not work. Drastic weight loss approaches may produce immediate results, but such plans are not sustainable. Drastic plans include certain detoxes and cleanses; diets that eliminate all but a few foods; some prepackaged foods; and food-replacement strategies. Feelings of deprivation or boredom may make people following these diets unsuccessful in the long run. Losing weight means changing one's food and exercise plans over the long haul.

• Eat in regular intervals. Researchers at the National Weight Control Registry offer that spacing food evenly throughout the day is the key to successful, long-term weight loss. People who eat healthy food at regular intervals are better nourished, think more clearly and report fewer mood swings than those who eat erratically.

• Recognize that not all carbs are bad. People trying to lose weight often hear that they should increase protein consumption and drastically reduce their intake of carbohydrates. While it's smart to reduce consumption of processed carbs and those that are made largely of white flour, there are some healthy carbohydrates, including beans, whole grains, fruits, and vegetables.

• Be flexible. As a person's body ages, his or her metabolism will change. Men and women should revisit their recommended caloric intake every few years. In addition, men and women can routinely revisit their exercise routines to determine the efficacy of those routines and alter their workouts to reflect the physical changes their bodies are going through as they age.

A person's first step before dieting or attempting to lose weight should be to consult their physician, who can help men and women achieve their weight loss goals in a way that's healthy and easy to maintain for years to come.